Ridgefield Garden Club is proud to underwrite and maintain Ballard Gardens for the enjoyment of town residents and visitors. The gardens are located on the northwest side of Ballard Park on Main Street in Ridgefield, Connecticut.

Ballard Gardens are designed to provide a balance of color, form and structure from May through September with some fall and winter interest in other months. Individual plants change each year with new plants added to the gardens and some older plants removed. Some plants are a memorial to past members of the Ridgefield Garden Club or their loved ones. Visitors to the gardens will see woody ornamentals like trees, shrubs, and vines. They will also find native plants and herbaceous ornamentals including perennials, annuals, bulbs and tuberous roots like dahlias.

Since 1982, the Ridgefield Garden Club has maintained the parterre, wall and memorial gardens. Each week, May through November, club members volunteer their time caring for the gardens. We hope visitors find them a place of beauty, joy and relaxation.
HISTORY
​Ballard Park is the site of the 18th century estate of Colonel Philip Burr Bradley, commander of the 5th Connecticut Regiment of the Continental Line during the Revolutionary War. A cousin of Aaron Burr and a personal acquaintance of George Washington, Bradley fought in the Battle of Ridgefield and served as both justice of the peace and the first postmaster of Ridgefield.

In 1889 Lucius Horatio Biglow came to Ridgefield from New York City, purchased the estate and named it Graeloe, a name still visible on one of the gateway pillars along the Main Street sidewalk. (The name came from his wife’s maiden name, Graham, and his own, with the e’s added, to give it a Gaelic or Scottish air.) Biglow moved the house farther back from the street and enlarged it significantly. Along with its beautiful gardens, the estate included a Lord & Burnham greenhouse built at the turn of the 20th century, which still stands today.​ 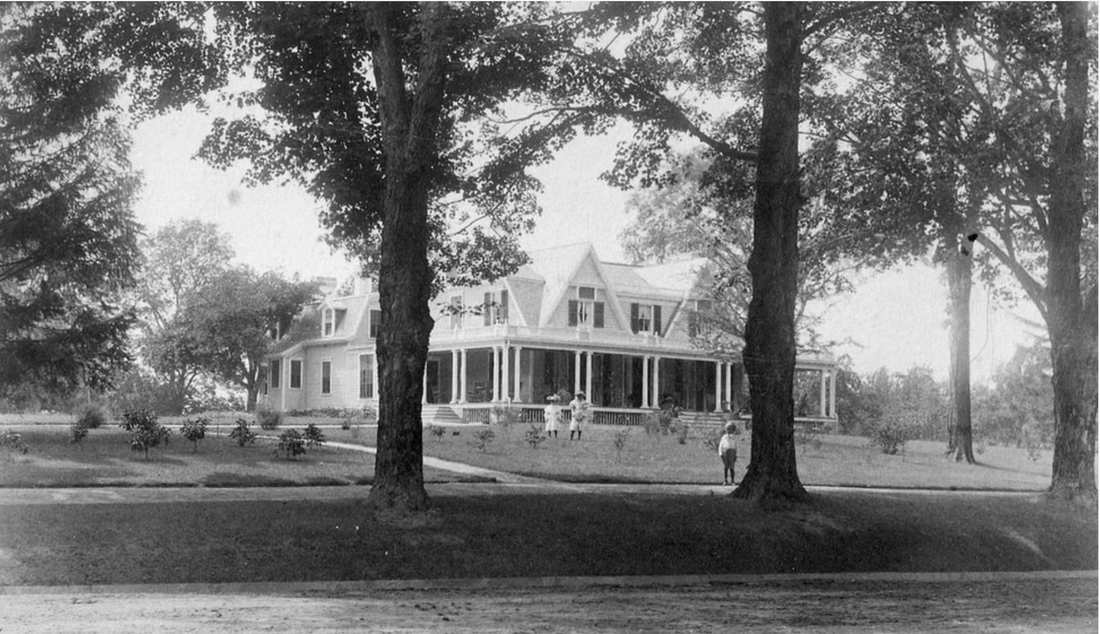 The home on the Graeloe estate, around the turn of the century. The house sat across Main St. Ridgefield from the current site of the Ridgefield Library.
ELIZABETH BALLARD'S GIFT TO RIDGEFIELD
​ The Graeloe estate was passed onto Lucius Biglow’s daughter, Elizabeth B. Ballard, who continued to maintain and enjoy it for more than 80 years while raising her own family there with her husband, Edward L. Ballard. Mrs. Ballard was active in many organizations in Ridgefield, including the Ridgefield Garden Club of which she was a past president and a member since shortly after its founding in 1914.

Mrs. Ballard died in 1964 and bequeathed her home and its five acres to the town of Ridgefield. In her will, Mrs. Ballard specified that the house be demolished so that the property could be used as a park for the enjoyment of the town. The greenhouse was not part of the bequest and remained in the Ballard family.

In 1965, Mrs. Ballard’s daughter, Mrs. Elizabeth B. Doubleday, a longtime member of the Ridgefield Garden Club, offered the use of the greenhouse to the club. The Ridgefield and Caudatowa Garden Clubs continue to use the greenhouse for their annual joint plant sale as well as each club’s varied community and club activities. The clubs also underwrite and manage the daily operation of the greenhouse. The
Garden & Conservation Trust, established in 1967 and run by the two clubs, underwrites any necessary renovations and significant repairs of this historic greenhouse.

The bandstand at Ballard Park was built through the efforts of the Ridgefield Woman’s Club and was dedicated in 1975. It stands where the house once did.

​Ballard Gardens now includes historic gardens dating from the Graeloe estate as well as more recent gardens. In 1971, the Ridgefield Garden Club designed and installed a Memorial Garden and fountain to honor past club members at the east entrance to the greenhouse surrounding what was originally Mrs. Ballard’s goldfish pond. In 1976, the club refurbished Mrs. Ballard’s long parterre perennial garden as a club project for the United States Bicentennial. 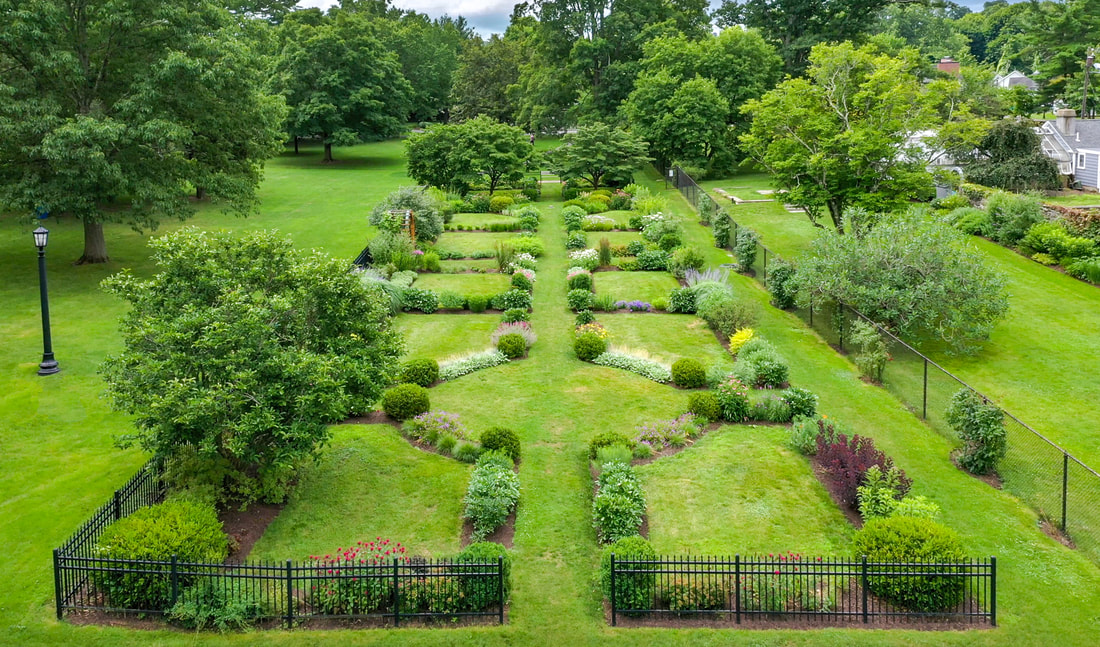